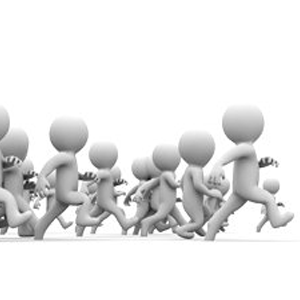 It seems that there should be a set of walking rules just as there is for driving. On an recent trip to Las Vegas I had an awful experience just trying to get from one place to another. The following is a list of “offenses” that really should be addressed:

This especially applies to people in the grocery stores, who leave their shopping carts perpendicular in the isles as if no one else should have the right to shop until you are finished.

All of these rules spell out something that is long gone in our society; courtesy — Everyone is only for themselves. I wish I were the walking police so I could ticket people just for being rude. I could single handedly balance the city’s budget. Maybe have them attend some “walking seminars or something”. If the violations continue, they could be required to paint the “walking rules” signs.

Let us know your thoughts on this matter. it would be fun to hear.